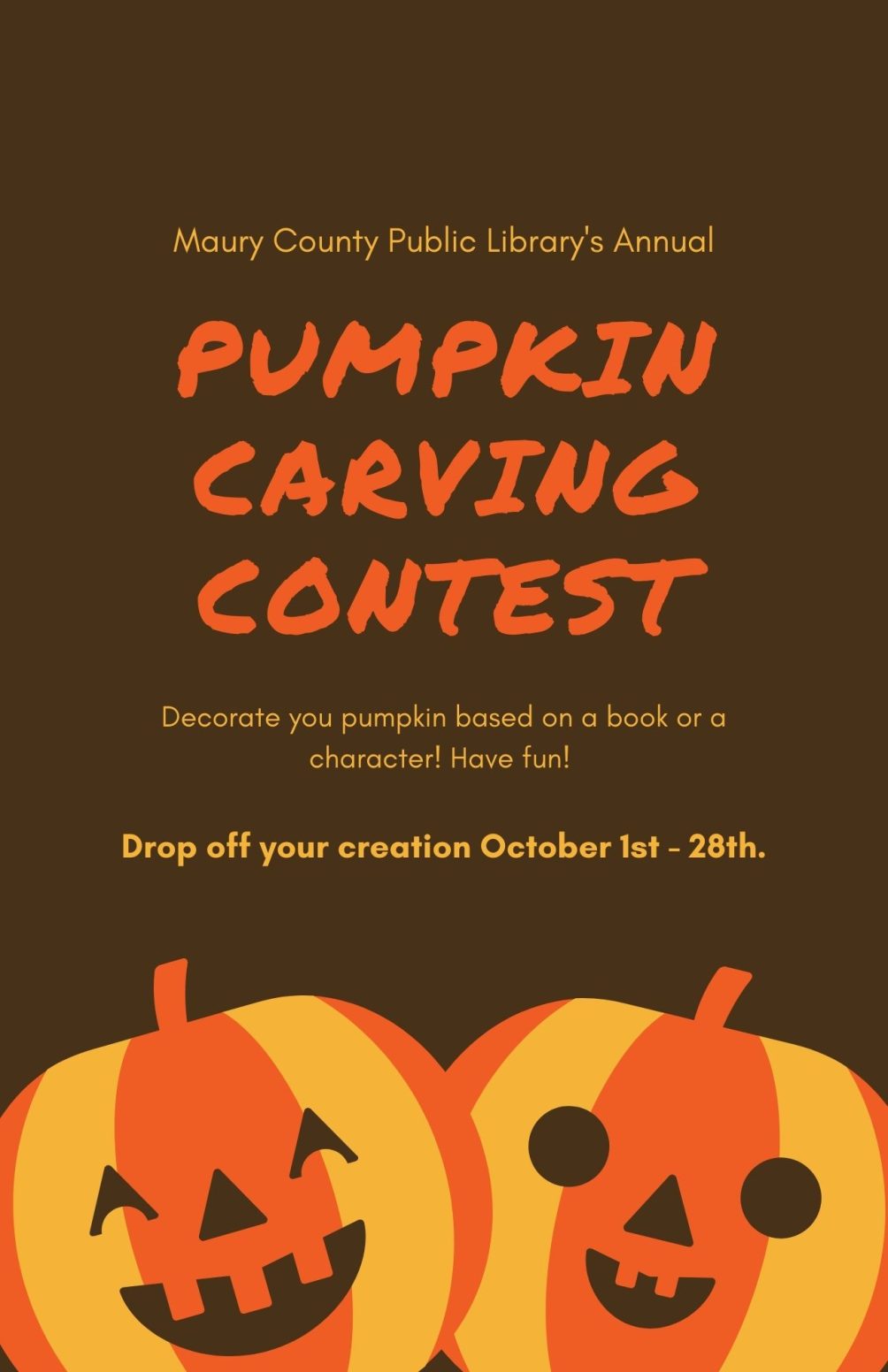 The Maury County Public Library’s annual pumpkin carving contest is making its return this year October 1st – October 28th. As in years past, we are asking patrons to get creative and design a pumpkin based on their favorite book or literary character, and enter their pumpkin to win an awesome prize.

Starting October 1st interested patrons can fill out an entry form and drop off their completed pumpkins at the library; entries must be received by October 28th at 5pm. Judging will take place on October 29th. We ask that participants read the rules below before entering their pumpkin.