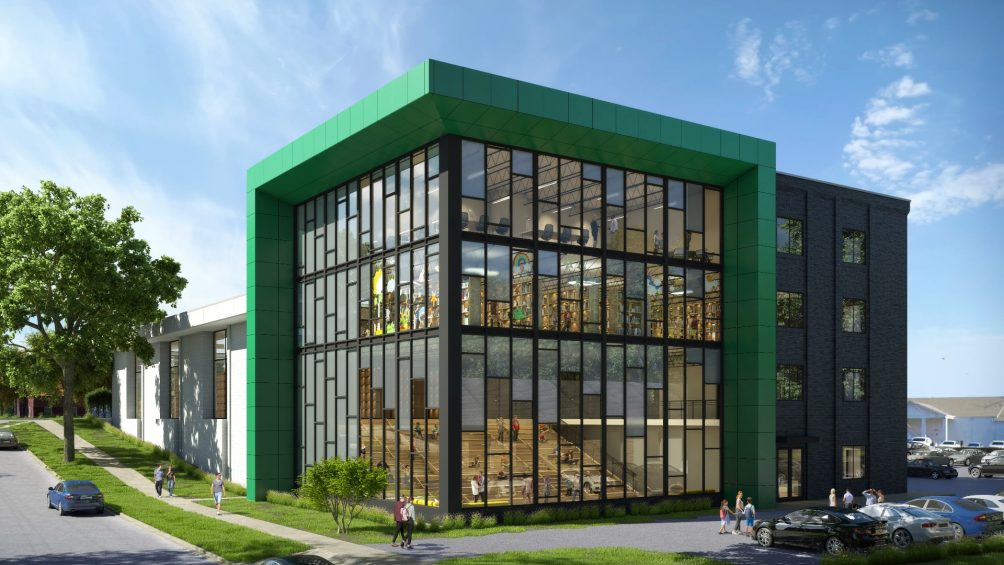 Library Board Chair, Joel Friddell was on the agenda for the meeting and made the presentation. He began with some background information on the Library being well below Tennessee and national standards regarding square footage per capita. He also told the Commissioners about key data:

After presenting the plans, Mr. Friddell stated that he was at the meeting to ask for help and hoped that the Commission would partner with the Library Board to get the ambitious project completed.
He also informed the commissioners about the creation of the Maury County Library Foundation, a non-profit, for the sole purpose of raising the necessary capital for the expansion plans. He said that the Board had followed the advice of the Commission and contacted Hewlett Spencer to find a suitable contractor to work with the architectural firm, 906 Studio Architects, and quoted a total cost of $12.9M. The contractor also included an increase of 1.5% per month to keep up with construction costs. Mr. Friddell added that the Board was being realistic and set the fundraising goal at $15M.

Initial reaction from many of the Commissioners was positive comments from most of the committee members. Commissioner Sue Stephenson said she is a frequent user of the Library and said she would support the project. Chairman Eric Previti stated that, although he supported the project, there were too many other pressing issues for this year and suggested the possibility of next year. Commissioner Wolaver stated that he would like to see the concept become a reality, but agreed with Mr. Previti that it would have to wait for the next fiscal year. Commissioner Brian McKelvy commented that it was his belief that the County should at least partially fund the project and suggested that it should be a significant amount otherwise the Foundation might have difficulty in raising capital without County support. Mrs. Stephenson agreed with Mr. McKelvy that the Commission should make a substantial commitment this year. Commissioner Scott Sumner expressed his opinion that he did not feel comfortable making a commitment that the new commission would have to deal with and that the County just doesn’t have the money. Commissioner Previti summed up the situation by agreeing with Mr. Sumner on the subject of a new commission and that he agreed with Mr. Wolaver that it would have to be in the next fiscal year.