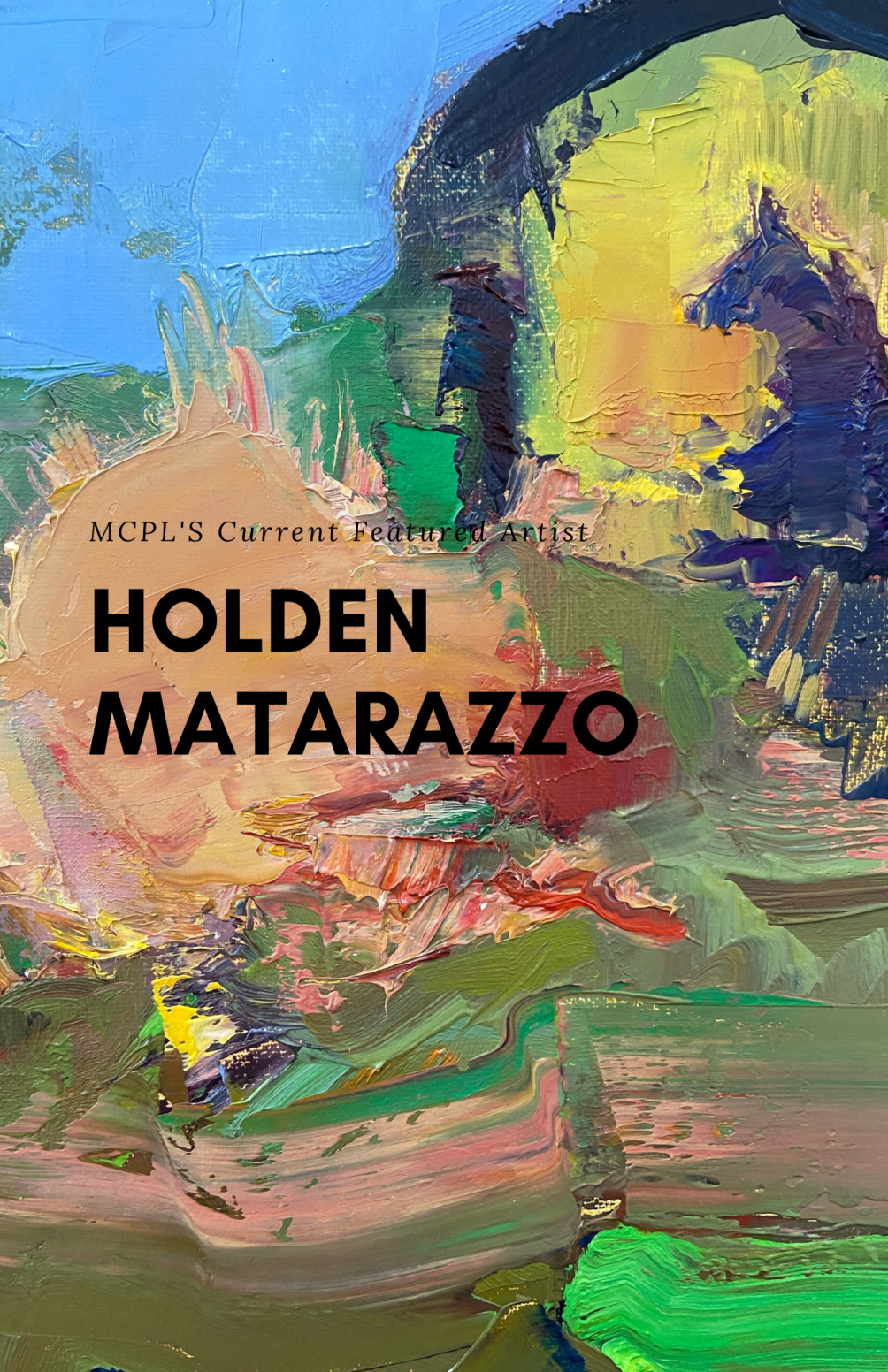 The Columbia branch library is delighted to feature the work of Holden Matarazzo. Mr. Matarazzo’s work will be on display through June, and he was kind enough to share with us some information about his process:

When did you start painting?

In my teens. I was the typical troubled sort.

What is the medium?

A lot of sitting and staring and thinking. Then outrageously loud music and painting for a bit.

What’s the inspiration for your work?

The disingenuous re-engineering of language by Grover Norquist and the influence this has had on Pop Culture and Media. Nuance now has an inflammatory effect. The hypnosis of ideological wordplay has inhibited the ability of our varied voices to communicate and engage in productive ways. This has lead to reclusion and insulation and rhetoric bubbles masquerading as Culture and Politics and History.

At least, that’s the first thing that came to mind when trying to explain the impetus for creating Coyote and Hyena. Paintings that are me playing with cultural mythologies through the many lenses of misinformation– some I invent– creating a tumble-down truth of current values, perhaps. Or at the very least something pretty. I hope.

I think a lot about visual and vocal languages and their facilities to empower, ensnare, enslave, and rebuke. That’s sort of an Artist’s occupation and fairly obvious I suppose. Navigating the seedy bits of Babel to become a tour guide.

How would you explain your artwork to someone in a Tweet (128 chars)?

Is your work for sale? How would someone contact you to purchase a piece?

Of course it is. I can be reached at holdenmatarazzo@gmail.com or ask the Library for my phone number.

I’ll elaborate on my response. Artists– like everyone else– have to pay for housing, insurance, food, utilities, fuel, family, emergencies, transportation, etc. They spend what money they have left over on supplies to craft their Art. Further, they spend their most valuable asset which is time. Time they could spend with family, with friends, or simply resting because the overwhelming majority of Artists work one or more jobs just like everyone else. They spend that time in a manner that no-one told them to, with no realistic expectation of profit, to create things that enrich our communities and individual minds. They spend their time enticing beauty into existence so that any and all, ideally in perpetuity, can benefit.

I think that any community that wishes to thrive must value and support, financially, Culture. Be it Chef, Musician, Poet or Sculptor; all require monies to continue their enterprise of contributing to the soul and legacy of a place.